With the growth of the outsource industry, more companies than ever are looking towards Eastern Europe as their preferred outsourcing destination.

In fact, both Romania and Bulgaria are ranked in the top five preferred outsourcing destination in the BPO and Shared Service Location Index by Cushman and Wakefield, the world’s largest privately-held commercial real estate services firm. Both countries offer cultural proximity to Western Europe, which smooths communication and allows for more complex projects to be executed, and both are in a timezone that is relatively close to the customers being served.

Bulgaria: more attractive than ever

Over the last ten years, the country’s reputation has gotten better and better. In addition to improving our infrastructure and internet speed, we retain the lowest corporate tax and the lowest labor costs in the European Union.

In addition, Bulgaria has a highly educated and skilled workforce. There are more IT professionals per capita than anywhere else in Europe and more than half of the country’s graduates choose majors that fit perfectly with the goals and needs of the outsourcing industry. Even more importantly, communication isn’t a problem. 98% of Bulgarian graduates know at least one foreign language and 73% know at least two.

Only beginning to grow

Due to its excellent position, Bulgaria is expected to mimic Poland’s GDP growth – which is one of the highest in Europe. Much of this growth is due to foreign direct investment and the increasing interest of foreign firms in the country’s potential as an outsourcing market. As a result, the number of employees working in the outsourcing industry almost doubled from 2010 to 2013.

Furthermore, due to the positive increase in GDP, the amount of growth and Westernization, especially in the capital, is increasing more than ever. More tourists than ever before from England, Ireland, the Netherlands and many other Western countries are visiting Sofia and allowing many outsourcing employees to interact with the people for whom they provide support. Naturally, this means better understanding and thus, better customer service. 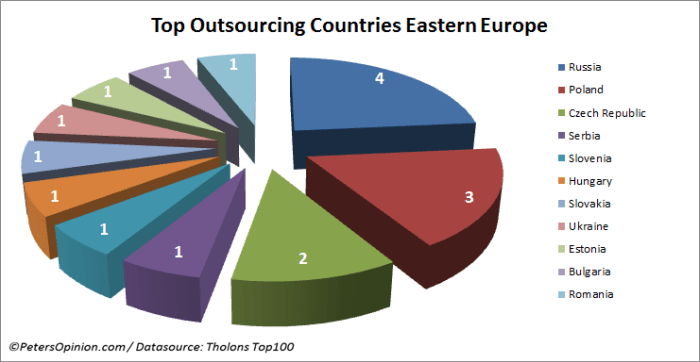 Why to Outsource to Bulgaria?
9 Reasons To Outsource Architectural Jobs